Together, our community cared for Pearl Cooley 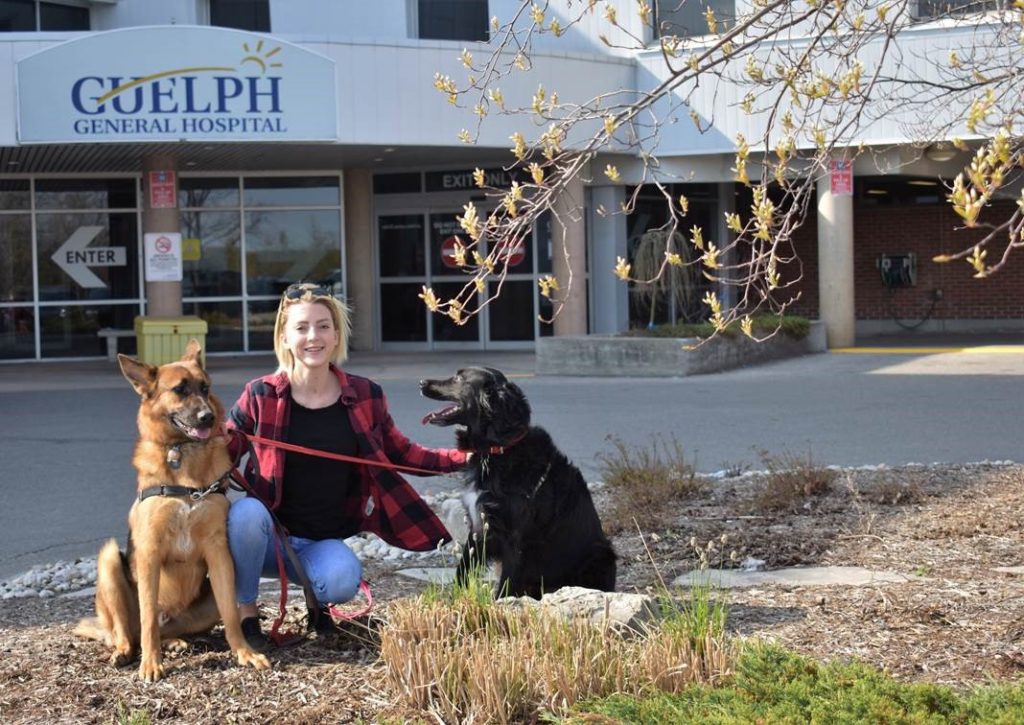 We have all been thinking about our lung health more than ever before as the COVID-19 pandemic sweeps the globe. Imagine how concerned you would be if you had a double lung transplant? What if you were a two-time, double-lung transplant recipient? This was Pearl Cooley’s reality when she was diagnosed with COVID-19 positive in October of 2020.

Pearl is no stranger to medical complications having been diagnosed at two months of age with cystic fibrosis in 1996. As a child, she had to deal with lung infections and scar tissue and quite frequently had to be admitted to McMaster Children’s Hospital, often for several weeks.

By 2015 she was studying at college in Barrie when one of her lungs collapsed. She entered the Intensive Care Unit at Royal Victoria Hospital and stabilized but a month later her other lung collapsed. She was then airlifted to St. Michael’s in Toronto to their cystic fibrosis unit. It was determined she would need a double lung transplant.

Pearl was on the waiting list for only 15 days before getting donor lungs. She and her family were relieved and optimistic but unfortunately, there were complications such as heart issues, pneumonia and some rejection issues. She spent six weeks in ICU.

In 2017 she was admitted to GGH with a serious drop in lung function. After several days she was transferred to Toronto General for a major lung assessment. The news was bad. The lungs she received in 2015 were failing and she would need a second transplant. Two months later donor lungs were available and Pearl underwent surgery a second time.

Pearl says she “pushed herself hard” during therapy post-surgery. She continued to increase her physical stamina to stave off the weight struggles, anxiety and depression common among people living with cystic fibrosis. She began spending five days a week in the gym, eventually doing fitness modelling competitions. She works as a dog-walker for between two to eight hours a day to keep herself moving and strengthening her lungs.

This strong cardiovascular fitness was a tremendous asset when she contracted COVID-19 this past October. Pearl and her medical team quickly decided the best place for her to be was in GGH’s COVID unit. She would have 24-hour vital signs monitoring, access to nursing care, care by respiratory therapists and CT Scans to monitor her lungs. Her main COVID symptoms were headaches, sinus congestion and muscle pain. Quite quickly though, she began experiencing respiratory symptoms indicating COVID pneumonia.

Pearl spent two weeks on the COVID unit. “The doctors who supported me during this time made sure they were in contact with my transplant doctors at Toronto General Hospital,” said Pearl. “Everything was handled perfectly and I felt very safe in the care of Guelph’s doctors.”

Upon discharge, Pearl remained on supplemental oxygen at home for another six weeks. While weakened from her ordeal, she has since made a full recovery and is back to her regular level of fitness. She even plans to compete again in a fitness competition in August.

When reflecting on her health journey, Pearl expressed gratitude for the individuals who signed up to be an organ donor upon their passing. She also expressed gratitude for the medical equipment and healthcare workers who supported her at Guelph General. “People don’t fully realize how important it is to register their intent to be an organ donor, or how important it is to have a well-supported local hospital. Do two things, register at BeADonor.ca and send in a donation to the Foundation.”