Together, our community saved Bruce Barker— and his livelihood 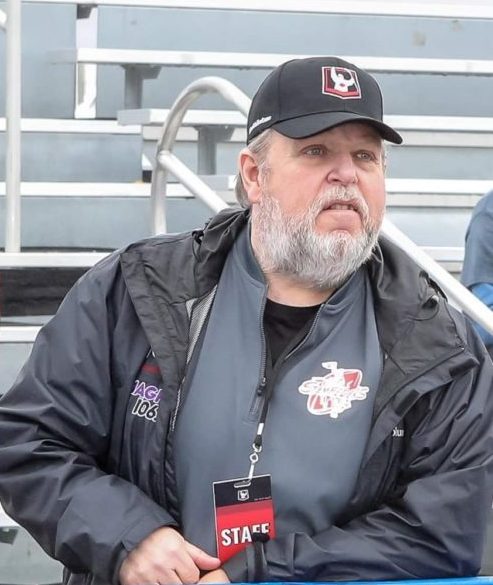 Every Saturday morning on his way to work, Bruce Barker stops in front of Guelph General, looks up at the floor where he was treated six years ago and feels very lucky.

Bruce’s story began just after Christmas 2016, as he and his partner Wendy were driving back from her mother’s. Just after they turned off the 401 at Campbellville, Bruce’s foot slipped from the accelerator and he couldn’t seem to put it back.

Fortunately, he managed to pull into a nearby parking lot so Wendy could take the wheel. By the time they arrived at Guelph General, the right side of Bruce’s face was drooping and he couldn’t speak. He was having a stroke.

The Emergency Department staff quickly got him into a wheelchair, ran a slew of tests and admitted him to the stroke unit — one of only two dedicated stroke centres in the region. A nurse provided a whiteboard and marker so he could communicate. And just a few hours later, an occupational therapist arrived to get his muscles moving.

It wasn’t until that night that things really sunk in. Losing your voice is hard for anyone. But

Bruce “Barks” Barker had worked in radio since he was 20 years old. He’d also been an announcer for numerous sports teams, including the Toronto Rock, the Mississauga IceDogs and the Calgary Stampeders.

Thanks to the treatment he received — and the equipment funded by community donors — Bruce was discharged on New Year’s Eve. He praises everyone at the hospital who contributed to his care, from the doctors and nurses to the overnight cleaning staff. “They’re all heroes to me,” he says.

He still had a long road to recovery ahead of him, including a lot of intensive rehab at St. Joseph’s Health Centre. But Bruce put the work in, and more than a year after his stroke, he walked into the CJOY/Magic studio.

It felt pretty emotional to be back behind a microphone. “Luckily the shift started at 4 a.m., so I [could] cry with nobody else in the studio,” he says.

Today, Bruce is passionate about using what he calls the “magic of radio” to contribute to the community he loves — whether it’s promoting local businesses during his afternoon show, rallying fans at a Guelph Royals game or seeing a little girl’s face light up when he can get her tickets to Taylor Swift. And he encourages his listeners to contribute as well during every broadcast, “Support the hospital that saved my life.”