Together, our community cared for Ross McKinnell 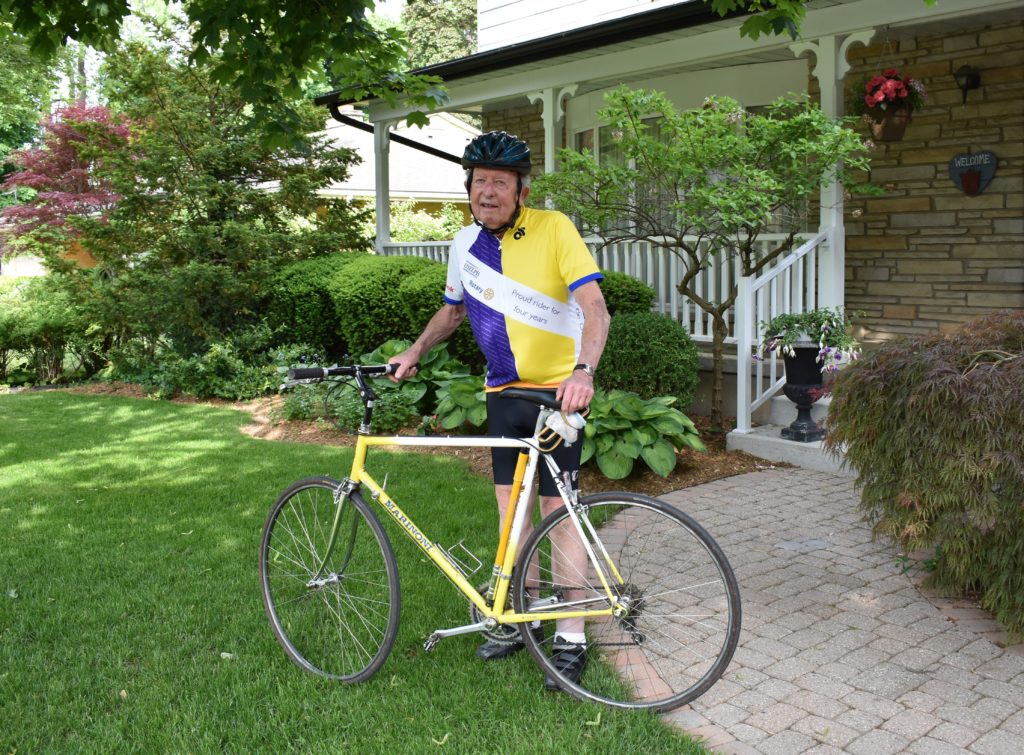 Ross McKinnell, a Guelphite of 57 years, is no stranger to anyone who supports the Guelph General Hospital. He is a champion bicyclist who has raised an incredible amount of money for the Foundation over the past seven years and has been inducted into the Tour de Guelph’s Hall of Fame. But this story is about his experience with the exceptional care that GGH provides to its patients.

In November of 2020, Ross was at home when he felt twinges in his chest, very reminiscent of a heart issue he experienced back in 2006. Ross called 9-1-1 and took a couple of aspirins. Within minutes, the ambulance arrived, and he was rushed to GGH where it was confirmed that he was having another cardiac event. After an ECG and medication, he was transferred to St. Mary’s, where he had an angiogram and surgery to replace a stent inserted during his previous heart episode.

Ross was transferred back to GGH after two days, where he stayed for an additional 48 hours. The doctors were concerned about his blood pressure, which was unusually high. He recalls one nurse on his ward who took a lot of time with him in the middle of the night to ask questions about his family, his love of cycling, and his adventures competing across North America and Europe, including his pride in representing Canada at the 1958 Commonwealth Games. Ross says that the conversation with the nurse helped to take his mind off the possibility of a stroke and credits her for her compassion. “She sat down with me and asked questions about my life, took time with me. The conversation was calming and helped to lower my BP.”

Over the years, Ross has been a patient at GGH four times – twice for heart issues, once for prostate problems and another time for knee surgery. He says that each time he received excellent care. Ross jokes that the funds he has raised for the hospital through his participation in the Tour de Guelph probably just cover his accommodation those four times.

“For me, the hospital is a godsend. It is close, and they really look after me. It offers exceptional care. The nurses are very caring…, especially this last time. In the ER, they must deal with so many different circumstances, and need to have a lot of patience.”

Ross is very much aware that most of the equipment that helped save his life and put him on the road to recovery is only available at Guelph General because of donations and local fundraising efforts by his fellow citizens.  The IV pump, ECG machine, CT scanner, and vital signs monitor are all fully funded by the Guelph community.  And that is why in June of 2021, just about six months after his surgery, Ross rode again in the Tour de Guelph! He cycled with his daughter Joan, covered an incredible 25 kilometres and together they raised $10,780!

Ross’s seven-year fundraising total is $29,738 and combined with all members of the McKinnell Team, his family has raised over $36,000!

At The Foundation of Guelph General Hospital, we’re very thankful for the McKinnells’ commitment to giving back to their community hospital.