Together, our community cared for Ron Asselstine 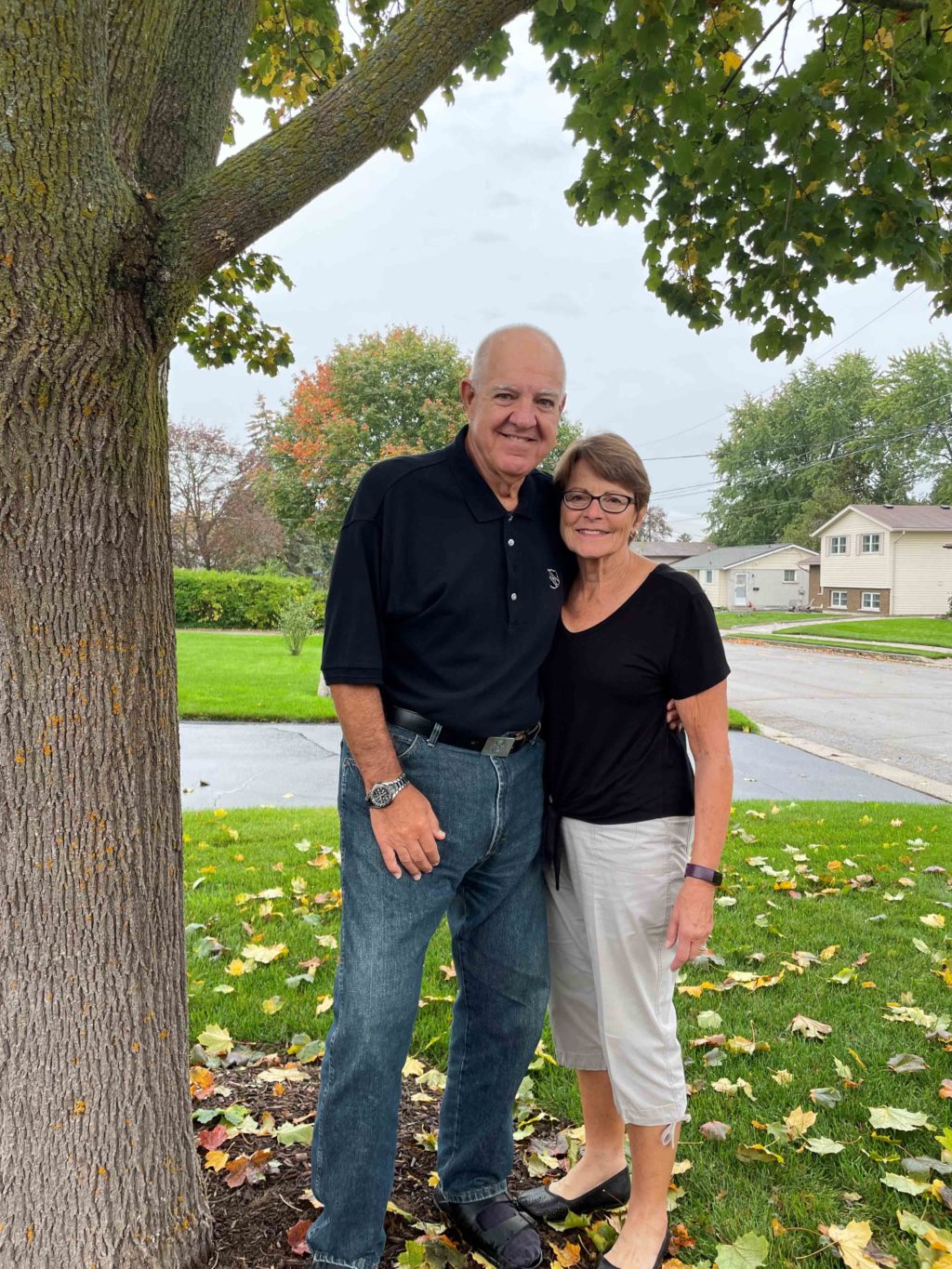 Ron and Wendy pose for a photo under the tree where Ron was raking when he first felt the pain in his legs.

One minute Ron was out raking leaves. The next, doctors were trying to save his life.

As a linesman in the NHL and WHA for 25 years, Ron Asselstine travelled all over Canada and the U.S. However, he’s always called Guelph home. When he and his wife, Wendy, took long walks through their neighbourhood, they often went past Guelph General — but Ron never expected to be racing there in an ambulance.

Then, as he was raking leaves one fall afternoon, he felt horrific pain shooting through his legs and called 911. At the hospital, a CT scan identified the source of the problem: blood clots had cut off his circulation, and he needed bypasses in both his legs immediately.

As the Guelph General team prepared to take Ron into the operating room, the doctor warned him he might not survive. It took eight hours of surgery, two follow-up procedures and 17 days in the ICU, but Ron pulled through.

Although he was unconscious for a lot of the time, he could sense he was surrounded by people who truly cared. Not only by his wife and family, but by the entire healthcare team. “Those nurses on that floor are exceptional,” he says. “The heartfelt compassion that they have for patients … you can feel that.”

Wendy agrees, pointing to how the staff always took the time to answer her questions and set up a cot in Ron’s room so she could stay by his side. “I can’t say enough about these dedicated people,” she says. “They were just fantastic to us.”

She also praises all the donors who support Guelph General. “People are so generous in this community,” Wendy says. “People step up. They really do.”

Ron’s condition eventually stabilized, allowing him to move out of the ICU and into the surgical ward. A month of rehab at St. Joseph’s came next, until he was finally able to go home — just in time for the holidays.

During his hockey career, Ron learned a lot about the importance of teamwork. “Nobody succeeds by themselves,” he says. Two years after blood clots nearly ended his life, he and Wendy are as grateful as ever for the team at Guelph General that saved him — and for the community contributions that make their work possible.

“That hospital is something special,” he says. “When you need it as the last line of defence to save your bacon, it’s there.”