Together, our community cared for Ed Herold 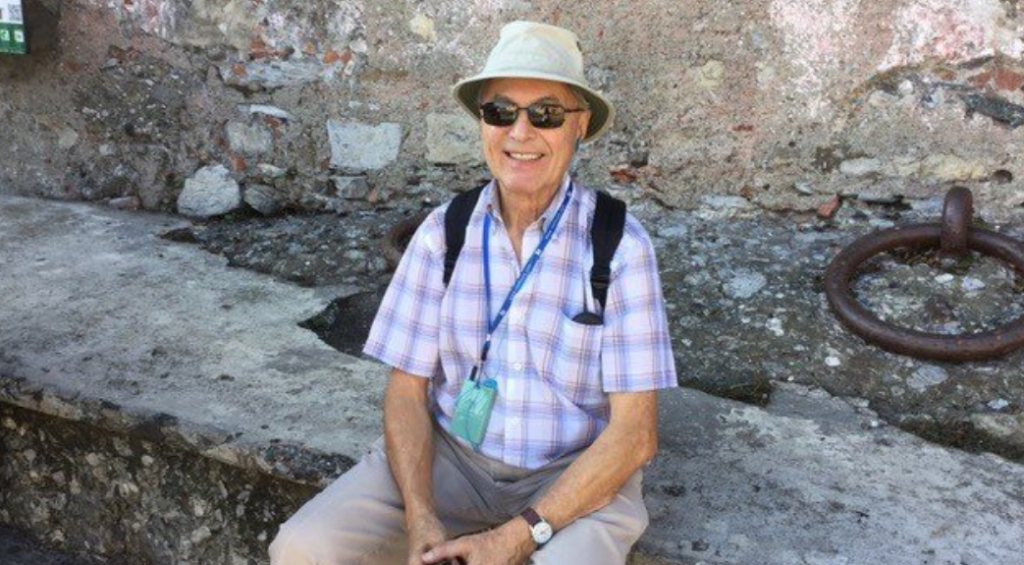 Ed Herold is a retired professor who spent more than thirty years teaching at the University of Guelph in Family Relations and Applied Nutrition. He finished work in 2005 and has enjoyed many years of adventurous travel and cruising with his wife, Yvette. On a cruise late in 2019, Ed began to feel weak and had trouble walking. The situation didn’t improve once they were home, so Yvette drove Ed to GGH’s Emergency Department (ED). There, following a CT scan, they learned that Ed had had a  mild stroke. He was admitted for follow-up care.

On his return home from a short stay in the Hospital, Ed began working with a Stroke Recovery Team recommended by GGH staff. Creating a coordinated, high-quality system of care with local health partners is a major priority at Guelph General. The Hospital’s integrated stroke program meant that Ed’s patient journey was seamless starting with his care at GGH through to rehabilitation resources in the community.

Unfortunately, in mid-December, just two weeks into his post-stroke rehabilitation, Ed was back in our ED with low sodium levels that caused extreme weakness. He had also contracted a blood infection and ended up needing hospital care for almost two weeks. His condition was serious, and he suffered from a distressing delirium for many days. A further CT scan ruled out a second stroke, and an MRI helped ensure nothing else was missed. Happily, medication and good nursing care managed to address both problems, and Ed was able to go home on Christmas Day.

The Stroke Recovery Team continued working with Ed at home for three months, and the Herolds credit its comprehensive approach for his improvements. Ed appreciates the physiotherapist, occupational therapist, dietician, speech therapist, and social worker who pulled together to help him recover. Yvette says, “Having someone come into your home, to provide some relief, change the dynamics; that’s very helpful.” The Herolds are grateful to the Hospital for managing the interactions with the Team, ensuring that the service was halted when Ed was in Hospital, and setting it up again when he could go home. The couple didn’t have to worry about it at all.

Ed is most thankful to the nursing staff in the Stroke Unit who were all so calm, patient, and “exceptionally caring.” He especially remembers a nurse named Paige who offered to help him take a shower after being in bed for six days. “She treated me very well, as a real person.”

Yvette wants to mention the hospitalist, Dr. Valbuena, who took the time to call her personally when Ed was being transferred to a new ward. “She went above and beyond what is required to make sure that I was informed. It was comforting to hear directly from the doctor before I left for my daily visit.”

Ed continues to improve by walking and swimming as much as possible. He and Yvette look forward to travelling again soon. When asked about his hospital time, Ed quips that the food was much better than he expected — especially the porridge!

According to provincial annual report cards released by the Ontario Stroke Network and the Institute for Clinical Evaluation Services, local residents, such as Ed Herold, are receiving exceptional stroke care and rehabilitation at Guelph General Hospital. We are grateful to our generous community donors for the role they play in that success.