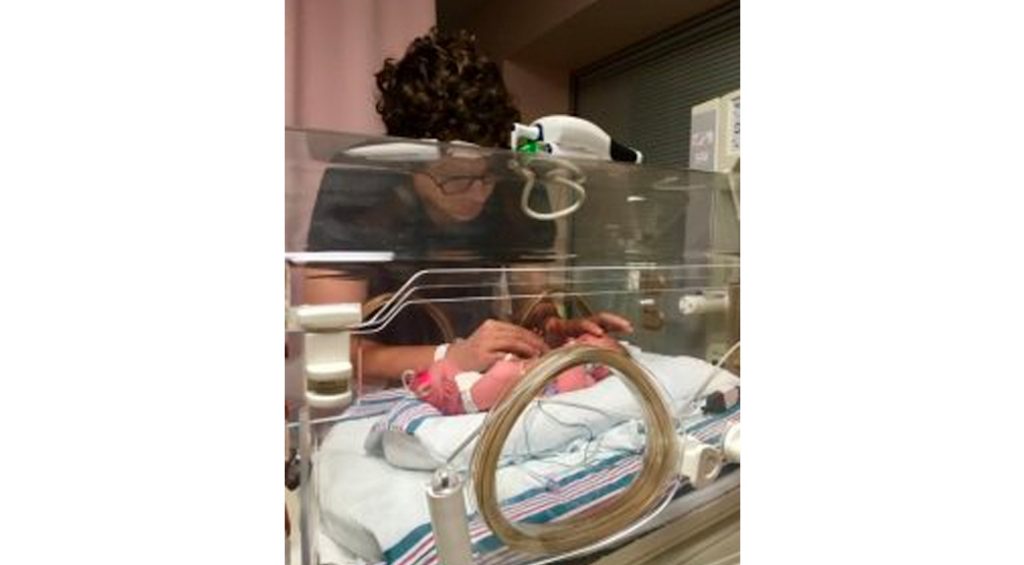 Malachi Brnjas is one year old now. He’s a bright, handsome little guy who’s just learned to wave goodbye. When he was born with an infection and jaundice, he was admitted to Guelph General’s Special Care Nursery (SCN) for five days of intravenous antibiotics. The SCN is part of the Hospital’s birthing unit where newborn babies may have to spend a little extra time, especially if born prematurely or with complications. Malachi’s mom, Angela, stayed nearby in the Family Care Unit, a four-bed space for moms whose infants are receiving care in the SCN.

“The care Malachi received was incredible,” says Angela. Both Malachi and Angela received exceptional care from the labour and delivery staff as well as from the staff in the SCN. She’s grateful that Malachi came home healthy and mentions how supportive the nurses and lactation consultants were and how they set her up for success to care for Malachi.

At the same time, Angela has heard that there may be renovations to the unit and she thinks those renovations are long overdue. Angela and her husband Matt found it very difficult to be separated from Malachi for those five days.

“It doesn’t sound very long, but when those five days are spent watching your sick newborn receive medical treatment, they can seem like an eternity. The nights were especially difficult when Matt would have to go home,” says Angela, stressing how hard it was to have her main source of support leave every night.

There were also logistical challenges caring for a newborn while rooming in a different space with three other new mothers, each with their own schedule. She hopes that, in the future, moms, partners, and babies will be able to room together to improve the bonding so necessary with newborns.

The Hospital last renovated the SCN in 2001 and plans are now underway to transform the curtained spaces to allow families to stay together. Key to the proposed expansion is the creation of private rooms, each including a pull-out bed to enable parents to stay together with their baby in the SCN.

Angela and Matt applaud that plan. They say, “Every parent should be able to stay with their child, even in the hospital. Having a sick baby is hard enough, but not being able to be with them is heartbreaking.”