“The Tricar Group is extremely pleased to make a donation towards this important fundraising campaign for Guelph General Hospital,” says Adam Carapella, Vice-President of The Tricar Group. “Building homes also means building communities and we are committed to do our part to help ensure the residents of our community have access to the best health care facilities and equipment.” 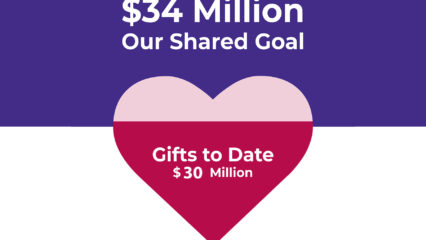 Thanks to the support of close to 7,600 donors, The Foundation of Guelph General Hospital announced that its capital campaign, Together, We Care, has reached the $30 million mark, leaving just $4 million to go. Donors to the campaign will make three important projects possible: expand the strained Emergency Department to provide more space, including […] 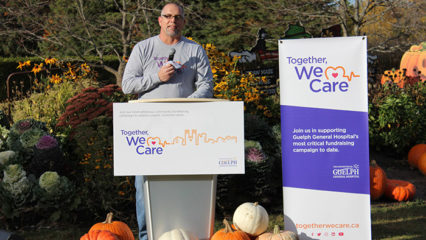 Today Guelph General Hospital is celebrating a generous gift of $250,000 from The Co-operators to support better mental health and addictions care at the hospital. The donation supports the creation of The Co-operators Short Stay Assessment Unit, which will see emergency mental health care capacity increase by 50 per cent. “In our organization we strive […] 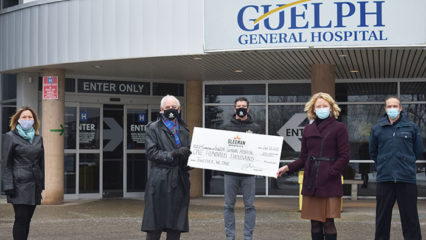 “Guelph General Hospital plays a vital role in our community and it is our pleasure to come forward to assist our dedicated health care professionals in continuing to provide excellent care with vital new equipment needed” said John Sleeman, Founder and Chairman of Sleeman Breweries Ltd. 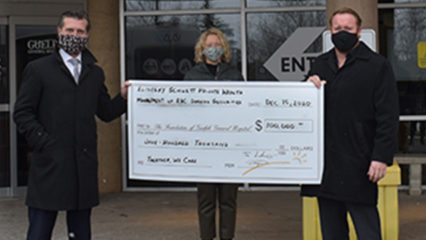 The gift from Elinesky Schuett Private Wealth Management of RBC Dominion Securities will support the $34 million Together, We Care campaign, the Foundation’s most urgent community fundraising project ever. 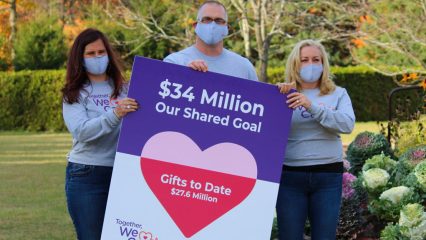 Together, We Care Live Announcement

Together, We Care is the largest capital campaign in Guelph General Hospital’s history and is focused on three areas of the hospital with crucial needs. The Foundation of Guelph General Hospital has already raised $27.6 million towards the campaign’s $34-million goal and is now looking to the community at large for the remainder. 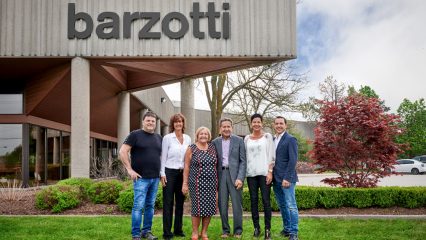 Today Guelph General Hospital is celebrating a remarkable gift of $500,000 from long-time Hospital supporters Vincent and Bruna Barzotti and their family. The gift supports the Hospital’s most urgent and essential needs.

History was made in Guelph with news of an unprecedented donation from the community in support of healthcare delivery. Linamar Corporation along with the Hasenfratz, Newton and Stoddart families are donating $5,000,000 to Guelph General Hospital. 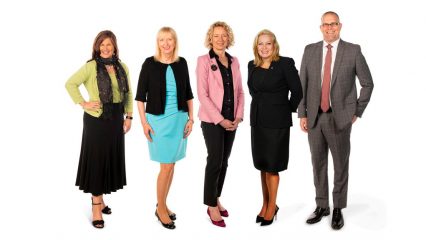 When the time came to raise the most money ever to make important patient-care projects possible at Guelph General Hospital, The Foundation of Guelph General Hospital knew nothing short of recruiting a stellar volunteer leadership team would be needed for success. Now, it is thrilled to announce it has done just that. 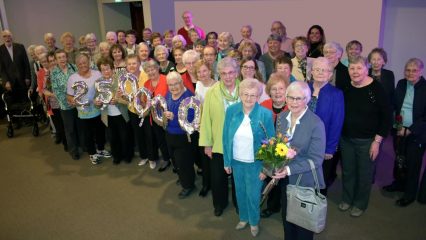 In addition to their inspiring gifts of time, Guelph General Hospital’s volunteers have made an inspiring financial gift of $250,000 in support of the Hospital’s most urgent and essential equipment needs. This is the largest pledge made by the Hospital’s Volunteer Association and brings their total giving to over $1.7 million over more than 30 years.